Debate | Warsaw Ghetto Uprising and the Role of Civil Resistance 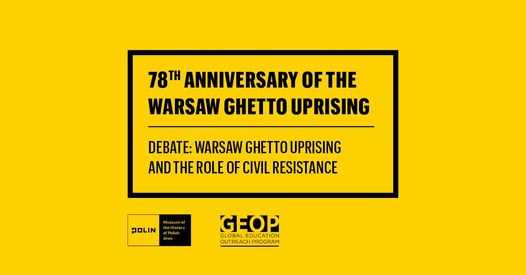 On the occasion of the 78th anniversary of the Warsaw Ghetto Uprising and publication of, "Jews against Nazi Germany During World War II." Eminent Holocaust scholars will discuss the significance of civilian resistance in the ghetto before and during the April 1943 uprising, both civil disobedience and the participation of unarmed fighters in the uprising.

They will consider how Jews in the ghetto maintained forbidden religious practices, organized medical aid, documented Nazi atrocities, built bunkers, and disobeyed German orders more generally. How can resistance be defined in a situation where the Germans denied Jews the very right to exist?

▪The debate is organized within the Global Education Outreach Program.